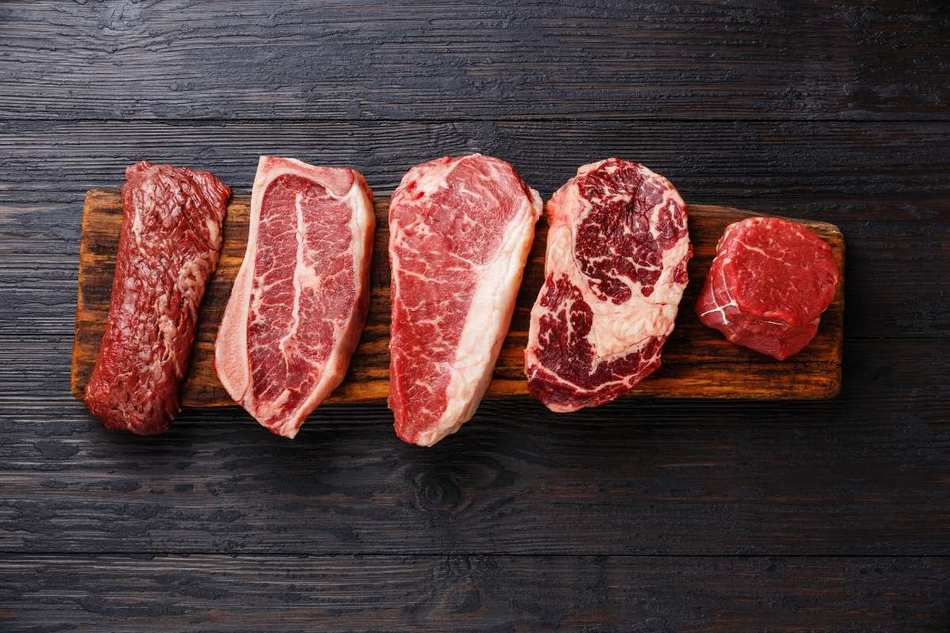 When it comes to meat, there are always expensive and cheap options. However, when the topic is real 100% meat that isn’t processed to the furthest, it tends to be expensive.

This article will teach you everything you need to know about why meat is expensive, the prices considering it, and some important things to understand about meat. Before we dive further into the topic, we need first to understand why meat is so expensive?

The high price of meat is a sum of many things. Feeding the animals is expensive, 4 companies mainly control the American beef industry, and 60% of cattle weight is waste in terms of meat. In addition, equipment, labor, transportation, and insurance add up to the price.

As we can see, there are many things that affect the price and if you can believe it, there’s more than that. Now, let’s dive deeper into each aspect individually so you can really see what makes meat prices to be as high as they are.

Read also: Why Is Seafood So Expensive?

For the animals to grow, they need food to do so. Feeding the animals isn’t free, and it isn’t cheap either. Let’s take a cow, for example: Historically, the average feeding cost of one cow was $400-$500 per year. However, in 2020 the costs got more expensive by $200 per cow, so you do the math with thousands of cows. This forces the selling prices to go up.

The feeding cost increase is because the cost of soybeans and corn has skyrocketed within the last years. In fact, in recent years, both are more than 50% more expensive than a while back.

Corn’s high prices have increased because corn is the main ingredient used to produce ethanol fuel; therefore, the corn that could be used for feeding humans and animals is used to make ethanol. This makes the prices for all corn products increase.

Also, when there are more and more humans each year, but the farming lands remain the same, the need for all livestock is steadily increasing because there is more demand.

One of the biggest reasons for the high cost of some meats in America is the fact that 80% of America’s beef industry is controlled by 4 companies: JBS, Tyson, Smithfield, and Cargill.

These 4 organizations are accused of keeping live cattle prices low while keeping and increasing beef prices. When these 4 huge companies control 80% of beef in America, it leaves little or even no chance to compete; therefore, they can pretty much determine the prices.

In addition to the low competition chances from simply competing, certain rules and inspection requirements need to be in order, making competing even harden than before.

Producers will have a hard time selling their meat directly to the customers because USDA has strict policies that ensure safe meats. For example, one of the requirements is that a federal person needs to be present every step of the animal slaughter and most of the packaging. This would be really hard to make happen in a smaller, private slaughterhouse or farm.

You can imagine all the equipment, energy, and vehicles that farms and slaughterhouses need to have. Starting from fences to machinery, hand tools, meat hanging rails, and dozens of more will cost a lot of money. In fact, a tiny slaughter plant costs approximately $300,000 to $400,000, according to HighPlainsJournal.

Then you need to add farm equipment etc., and that’s only the starting price. There are many running costs, maintenances, and energy bills that are enormous in facilities like these.

Read also: What Equipment Does a Restaurant Kitchen Need?

Certain hormones are being used since the 1950s, but not all hormones are allowed to use. Food and Drug Administration (FDA) has approved the selection of hormones that includes natural estrogen, testosterone, and progesterone. Using this kind of safe hormone drug affects an increased growth rate.

The good thing about these hormones is that they are only approved when enough studies and research have been made to ensure that these animals are safe to eat. In addition, these are approved only then if they don’t cause harm to the animal nor the environment.

As we can guess, these hormones aren’t free by a long shot, and they do affect the price meats are sold. However, when we consider that the animals grow faster and bigger, it may cover the price.

Then there are always medical bills. Animals are living things, and they do get sick sometimes or even worse. Therefore occasional medical bills will accrue. In fact, the average cost for vet and medicine for a cow is $108; therefore, it will also affect the meat’s price.

These numbers are provided by U.S. Bureau of Labor Statistics.

As we can see, farmers and agricultural managers particularly have great salaries. That will also reflect in the meat pricing.

Transportation is the added cost in nearly any product available for humans. Especially in meats and poultry, transporting meat isn’t just a box and ship kind of operation. Meat needs to be monitored while transported, and they need to be transported in the right temperatures, which of course, costs a lot of money.

Depending on the nature of the meat, whether it is fresh, processed, or frozen, they have different guidelines regarding transportation.

Frozen meats can be transported worldwide because their shelf life is for months; however, fresh meat products need to be in the supermarket within 2 days after slaughtering because of the short shelf life. You have probably noticed that usually, frozen meat products are cheaper than fresh. This is one of the main reasons for that.

7. Gain for the slaughterhouse

Another reason why meat is expensive is the actual gain for the slaughterhouse when the cattle, for example, have been bought.

According to butchermagazine, 53% of the living carcass is meat after removing all the unusable parts. In addition to that, 6.5% of the total weight is bone and fat, and when we take drip loss of aging beef which is a minimum of 2% of the total weight, the slaughterhouse is left with 40% with useable meat and 60% of the animal has gone to waste.

In short, this means that if the slaughterhouse buys 100 cattle, they end up having meat equaling the weight of 40 cattle.

Read also: 21 Ways To Save Money In Restaurants

There are many insurances and property taxes that meat producers need to have and pay. And as if in any business, all the expenses are added up, and the selling price is determined mainly from there. This means that the meat’s price is higher because of that.

I will compare New York, California, Florida, Texas, and North Dakota, and I have gathered information about their average salaries, spending habits on food, and produced meat, therefore you can have a good idea of how the meat price is determined by area to area.

As we can see, average annual wages do differ by $15,000 depending on the area, which will affect the spending habits and the pricing of the meat.

Spending habits, however, didn’t differ as drastically as I was anticipating; however, there are differences there as well by $1,500 if comparing south and west.

Last but definitely not least, we can see that Texas produces by far the highest amount of meat on the table; in fact, Texas produces the most of all states. New York, on the other hand, produces 30 less meat than Texas.

These 9 variables determine the meat’s price, and as we go further into the future, we can only anticipate the prices going higher. Now, let’s move on about the reasons that affect meat prices and check out some important things to know about meat.

Are meat prices going down

In short, meat prices aren’t going down anytime soon if some alternative inventions or actions don’t occur. Feeding the livestock is now expensive than ever, the population is growing, and even more, crops are used for making ethanol fuel and other purposes than feeding the livestock.

Why are butchers so expensive

However, if you intend to buy some high-quality cuts from a supermarket, then the chances are that the price difference isn’t so large. But if you usually buy frozen meats, sausages, or processed meats, it can feel expensive. It really depends on what you’re buying.

Is it safe to buy meat from the butchers

Even when butchers usually offer more quality meats, there is less attention to the safety standards when compared to big meat producers such as Tyson. If the butchery fails to clean, slaughter, or package the meat improperly, the meat could be contaminated. In most cases, you have nothing to worry about.

Why is meat more expensive than chicken

Chickens don’t require as much food as cattle to produce the same amount of meat; therefore, chicken has a lower cost of production which means lower cost for the customer. Also, chickens require less space, and they grow much faster than cattle.

Read also: Why Is Chicken Dry?

These 9 reasons are more than enough to price the meats price high, and they can vary between states and countries extremely much, depending on the combination of the 9 reasons.

I sincerely hope that you enjoyed this article and got some value from it that you can use in your personal life. Only the future will tell us what the meat prices will look like then.

link to 4 Reasons Why Seafood Is So Expensive (& Alarming Data)

When walking into a nice restaurant, the waiter comes and shows you your seats, offers a glass of wine, and a nice menu and you feel like a million bucks. Then you open the menu and try to decide...